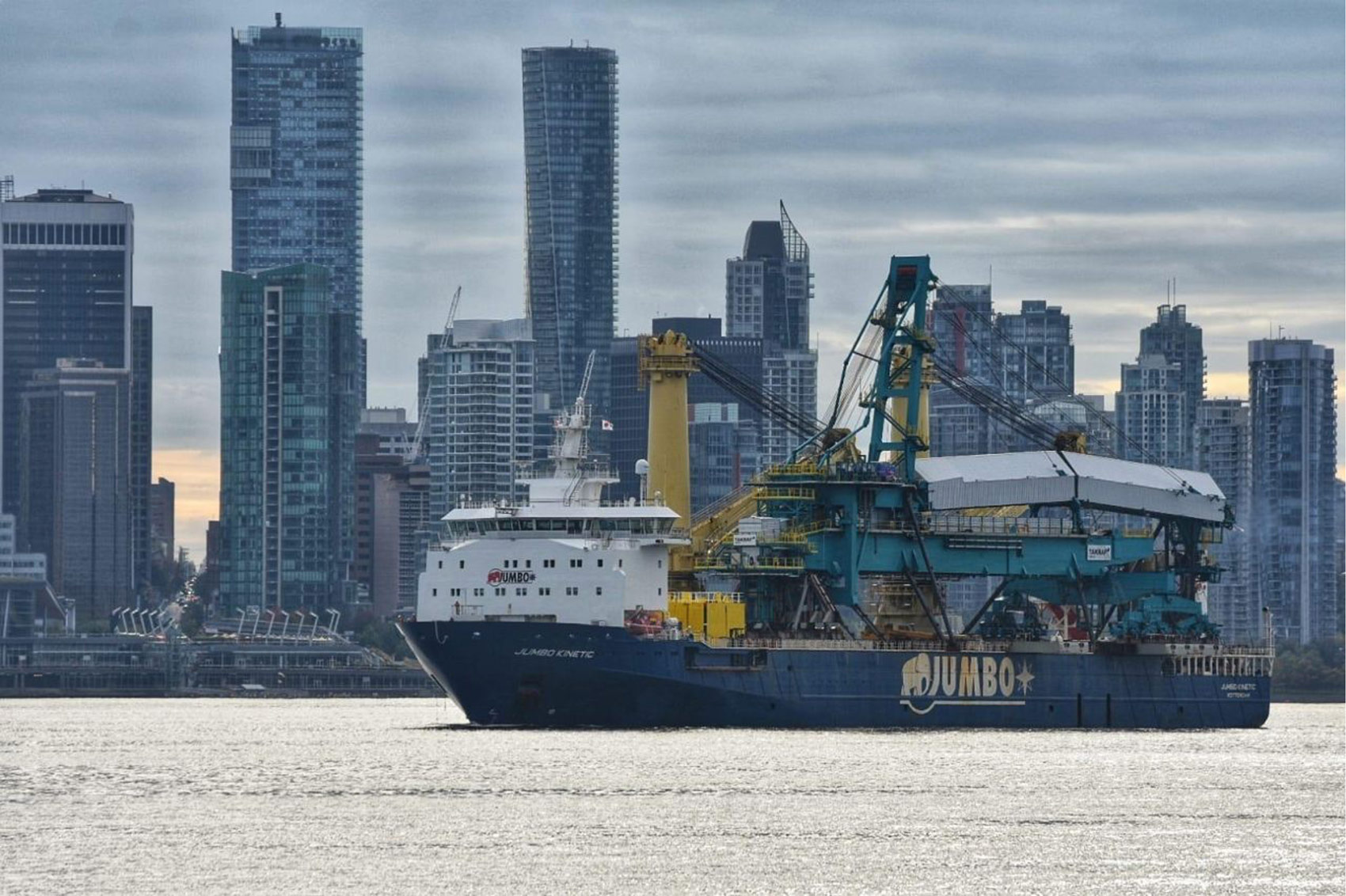 Jumbo Shipping raised the bar with the recent shipment of a 1435t shiploader, measuring 135 x 25 x 43 metres, from Vietnam to Canada for the machine’s manufacturer Tenova.

After almost two years of engineering, the Jumbo Shipping team saw their hard work come to life when the Jumbo Kinetic was captured on film lifting and shipping this gigantic 1435t shiploader from Phu My Port, Vietnam to Vancouver, Canada.

Heavy Lifting
Having conducted a final loading simulation, the time had come for the engineers to put MV Jumbo Kinetic, a K-class vessel with 3,000t dual lifting capacity, to the real test by loading this super-heavy shiploader onboard.

Lift On
Based on the size of the unit and the length of its boom, loading this shiploader at Phu My Port, Vietnam was a formidable task, but the dual lift went without a hitch. With stage one of the lifting operation complete, the next step was to temporarily suspend the unit above the deck so that the boom could be retracted to change the centre of gravity position. This enabled the vessel’s team to re-rig and then perform a single lift to shift the shiploader to its final stowage position where it could be secured for the sea voyage to Vancouver. 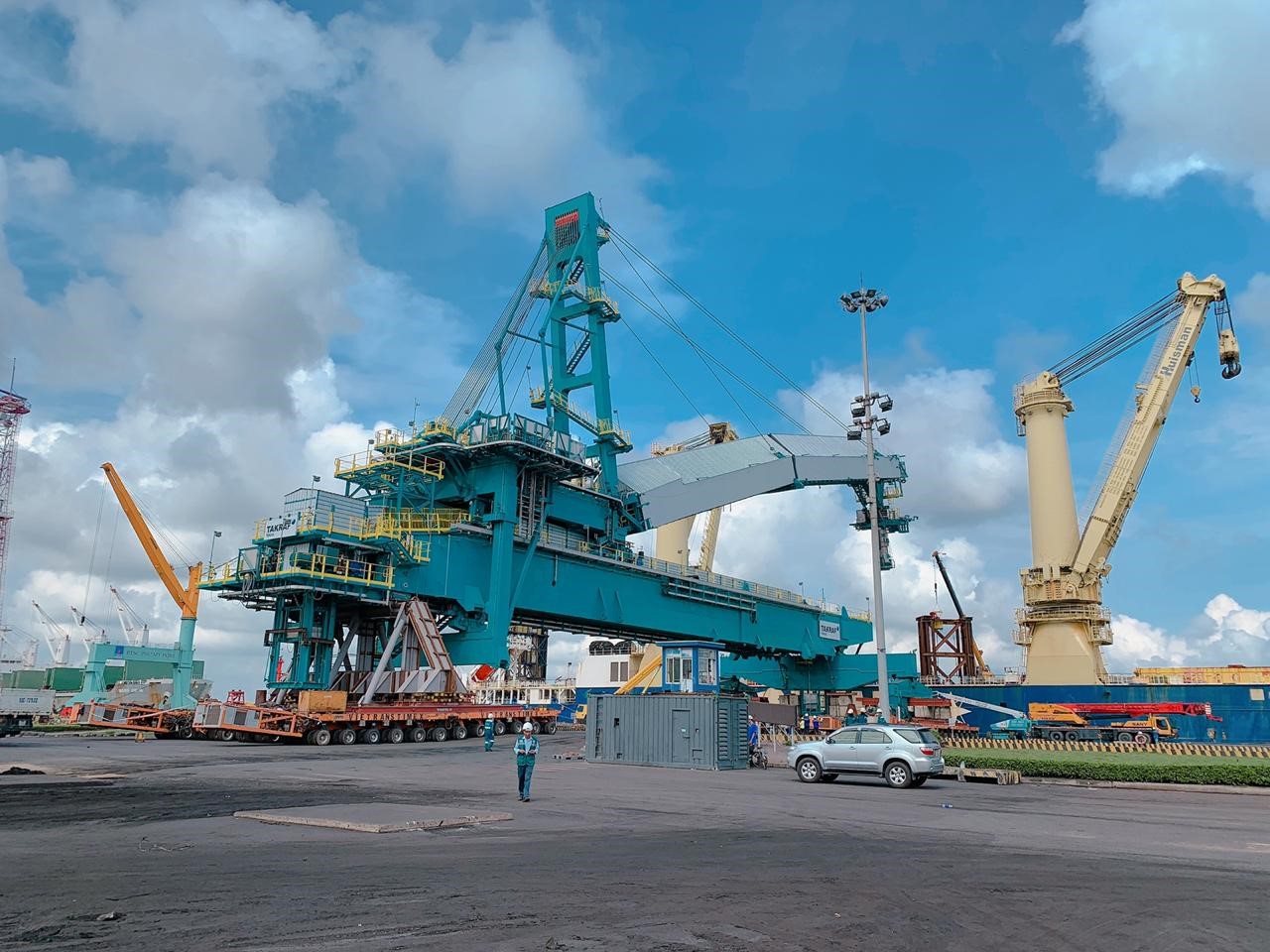 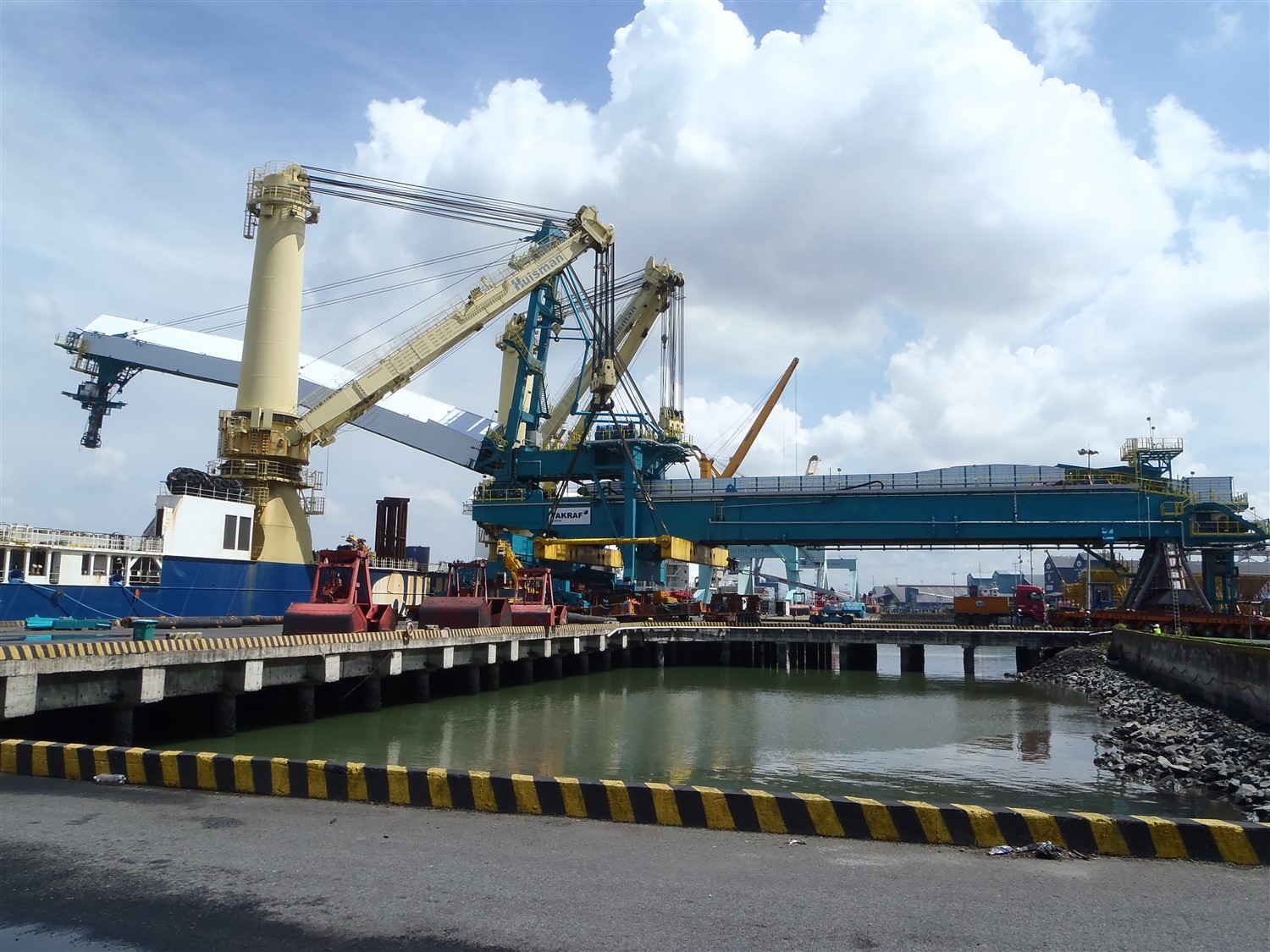 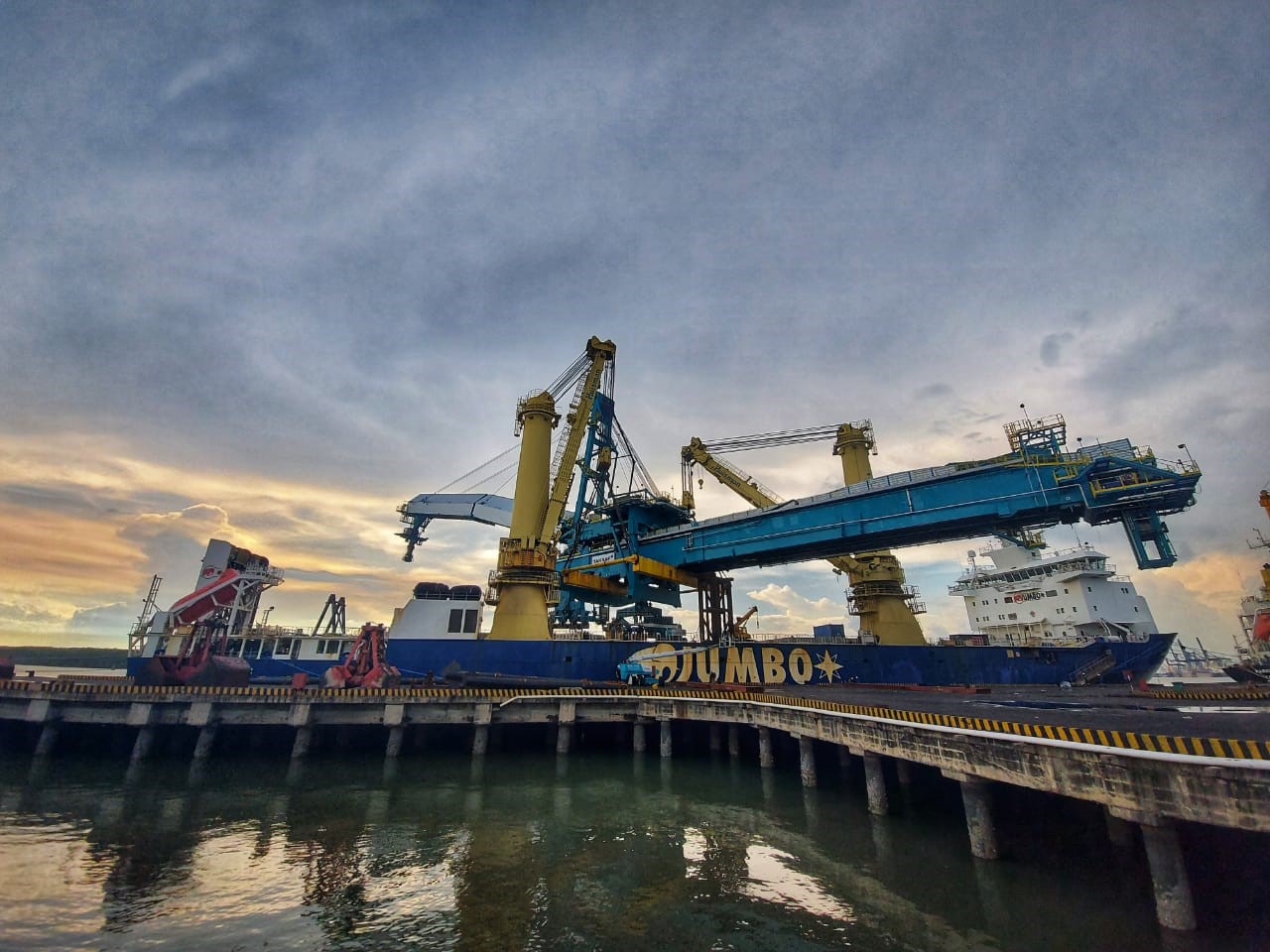 Lift Off
After a 20 day ocean voyage the Jumbo Kinetic arrived safe and sound at the Neptune terminal in Vancouver and discharge operations got underway. If the engineering work at Phu My Port was not already impressive enough, our client raised the bar even further for the offloading operations with the team needing to discharge the shiploader while it was half suspended over the water.

The shiploader was then steadily manoeuvred onto the pivot point at the quayside and onto the semi-circle shaped rails above the water. Now in its final position at the Neptune Bulk Terminals in North Vancouver, this shiploader is reshaping the landscape of the port.

Thanks to strong team work and cooperation between all parties involved, a journey of two years has come to a successful completion. 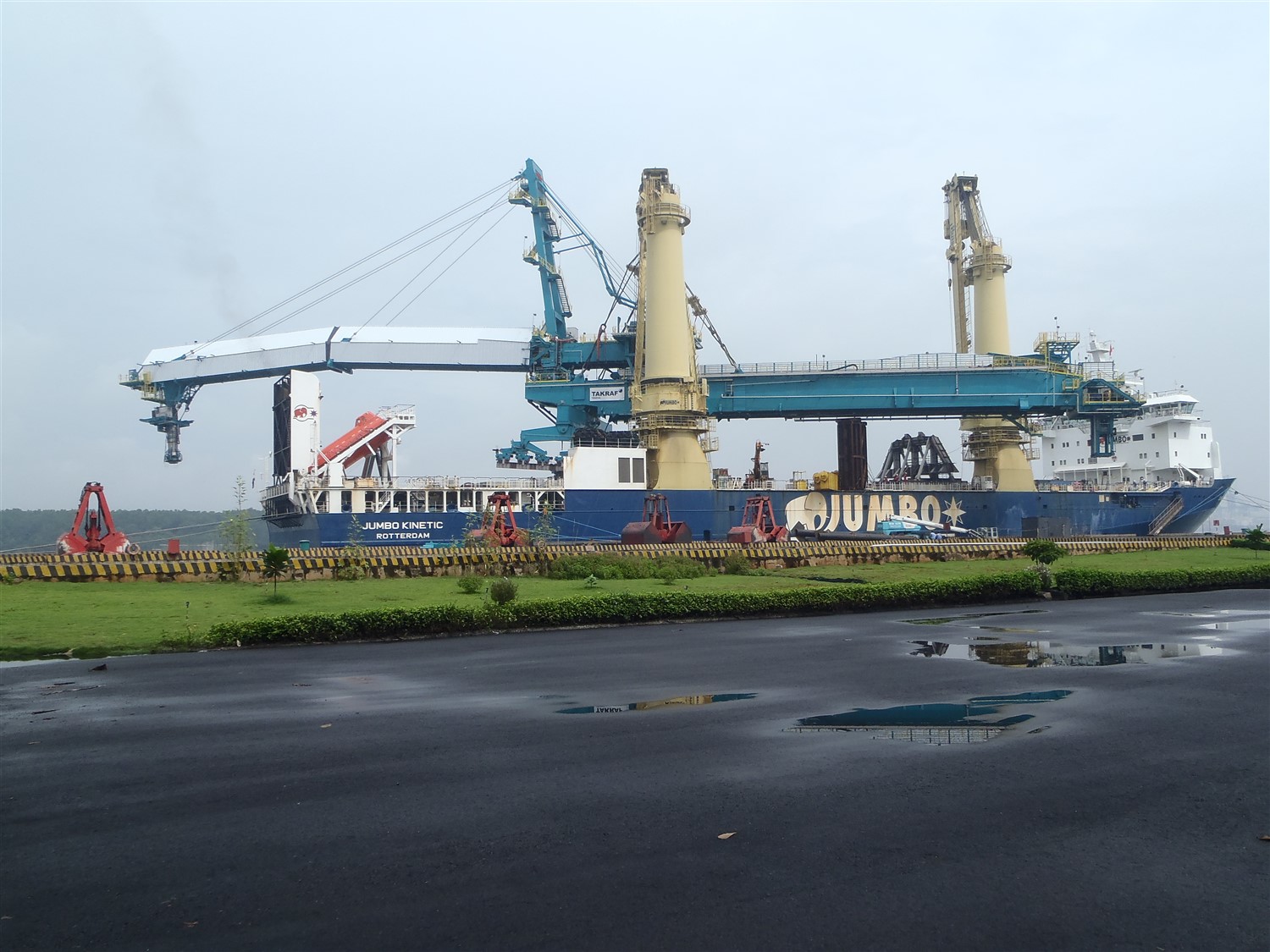 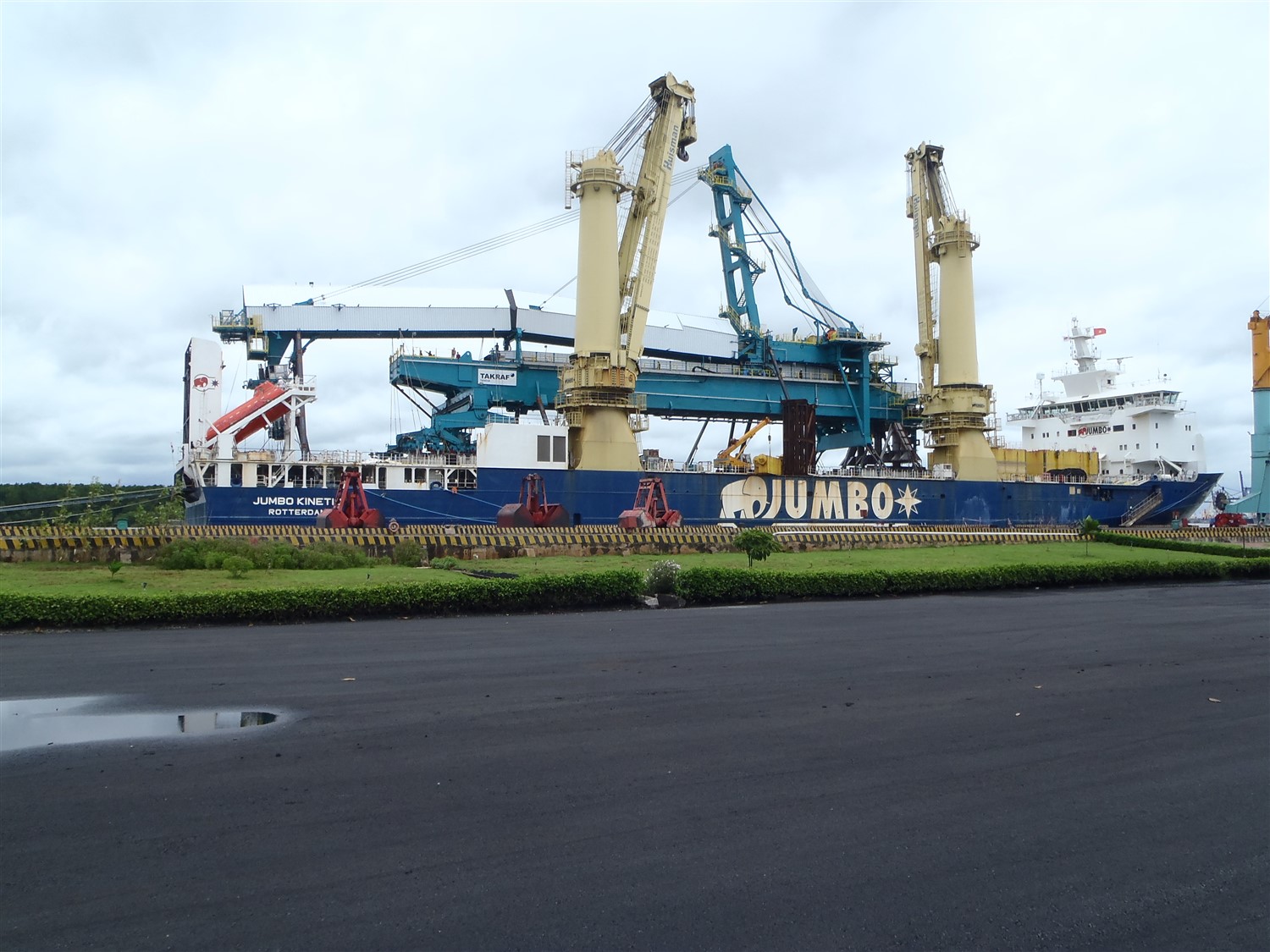 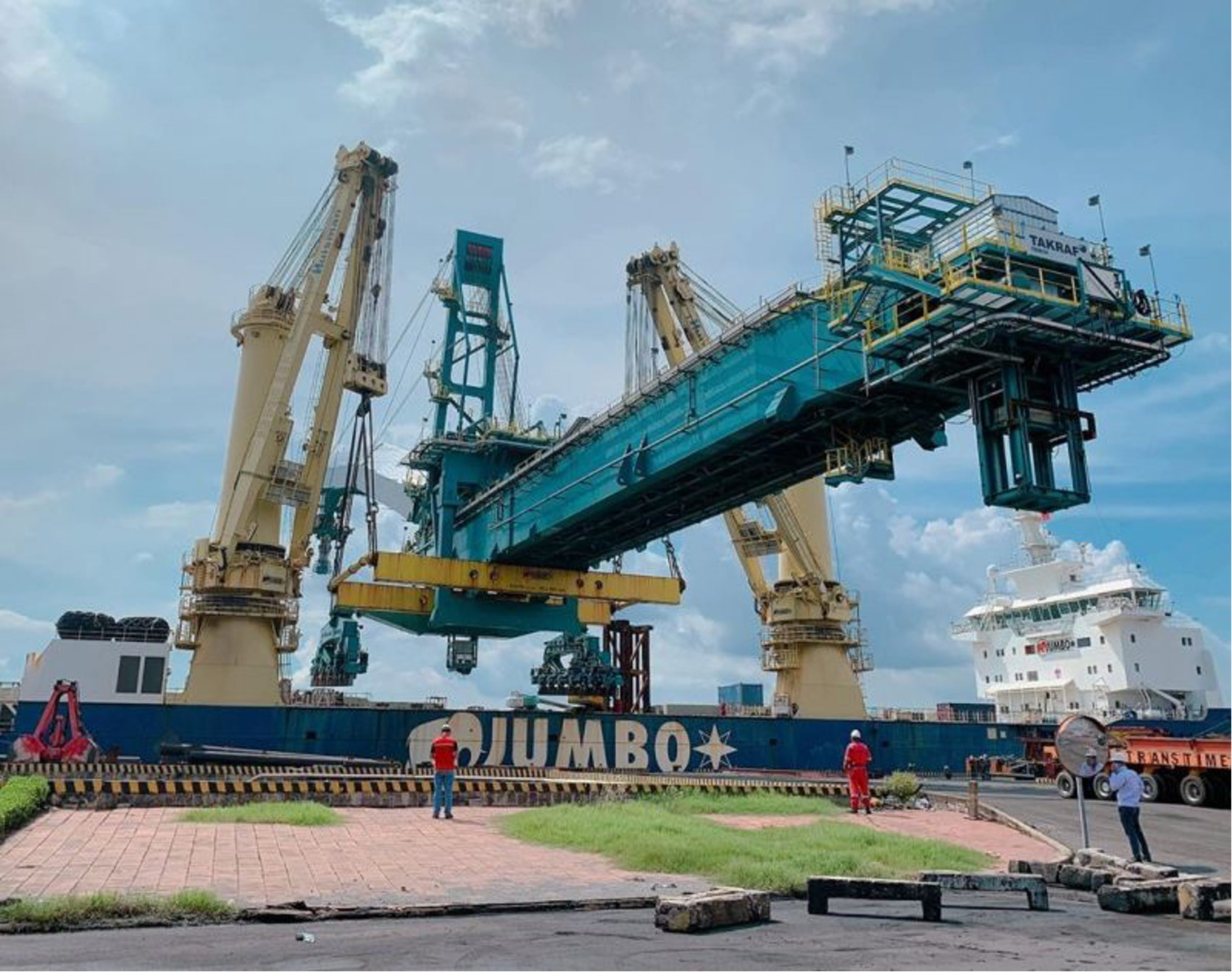 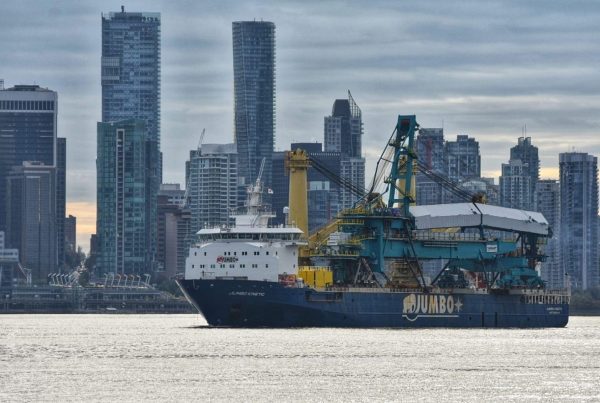 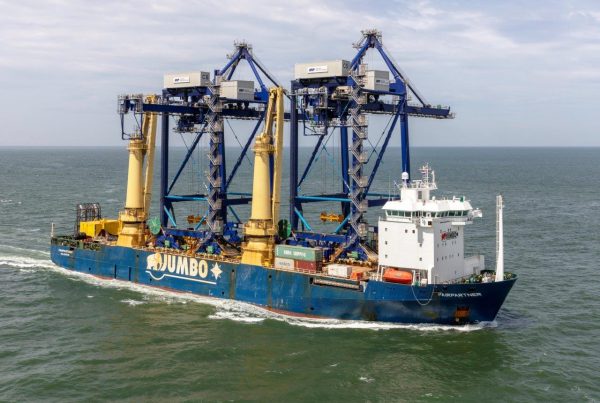