Home » Jumbo partners up with EMAS for mobilization lewek constellation

Home » Jumbo partners up with EMAS for mobilization lewek constellation 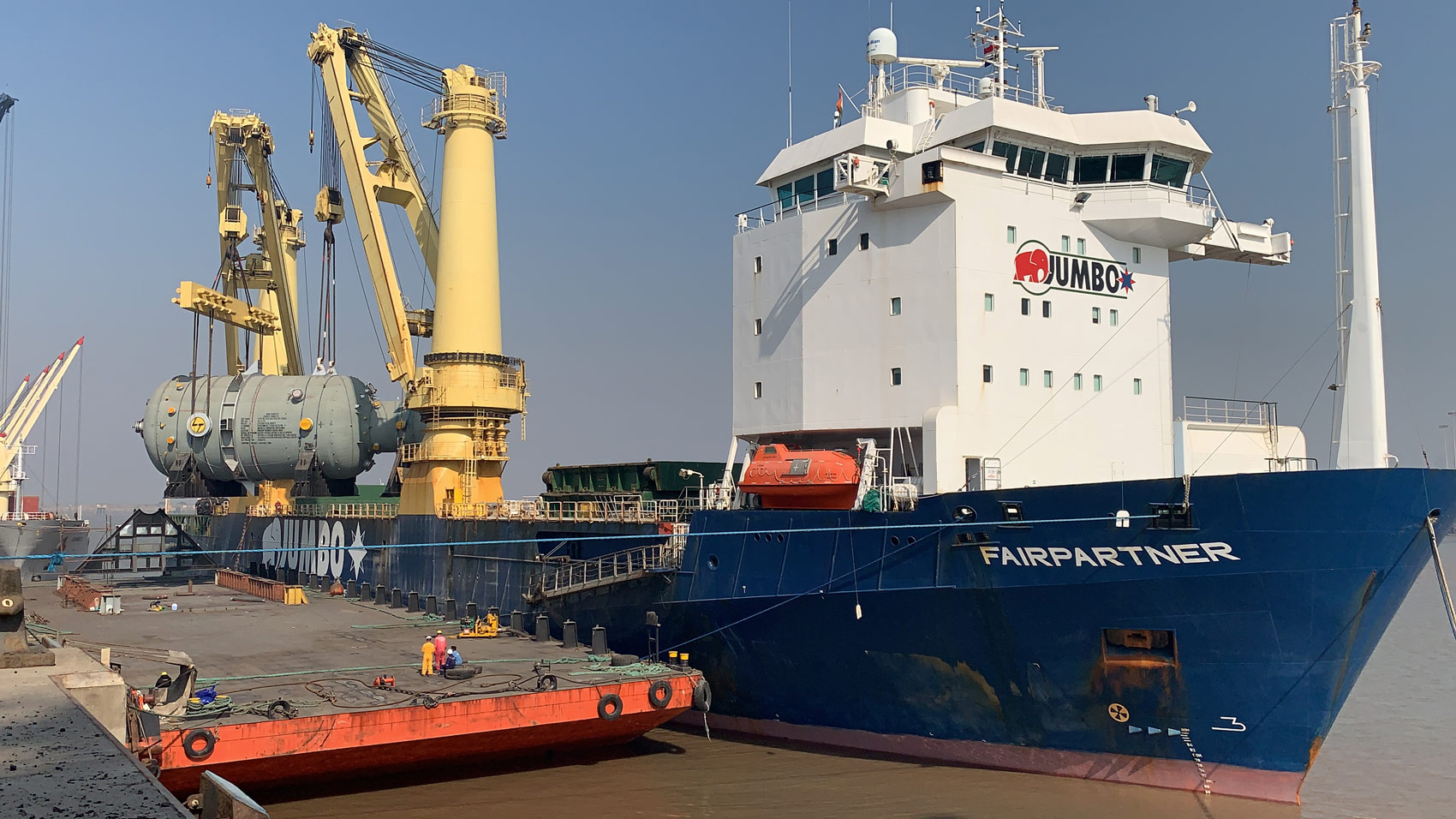 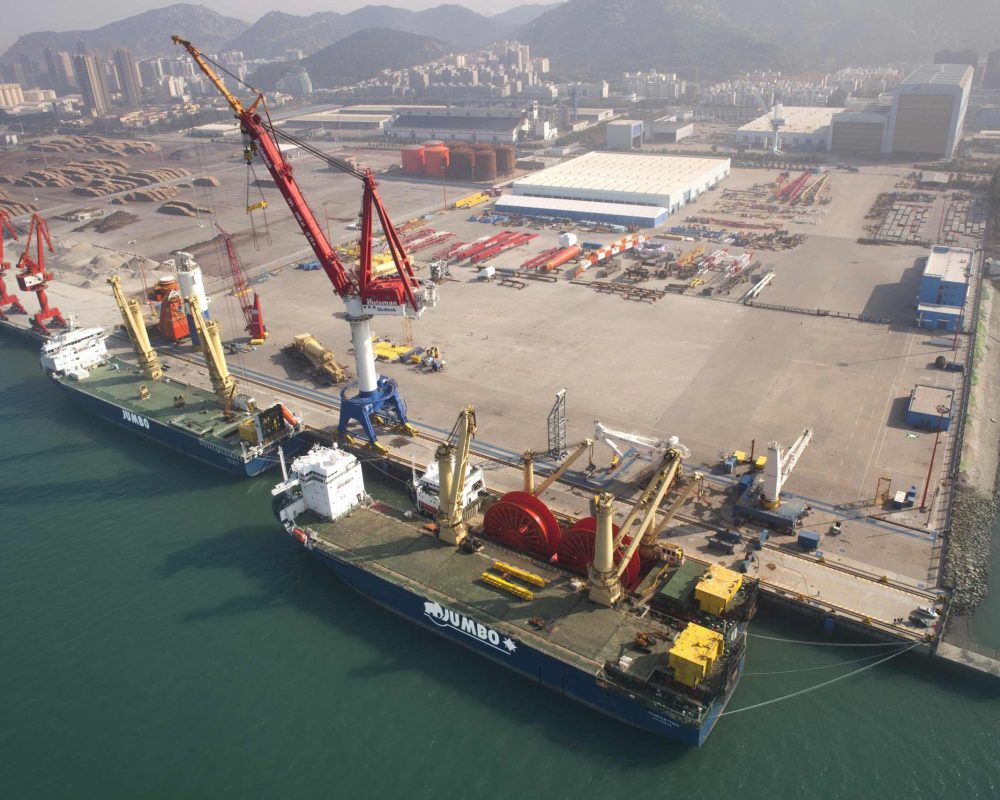 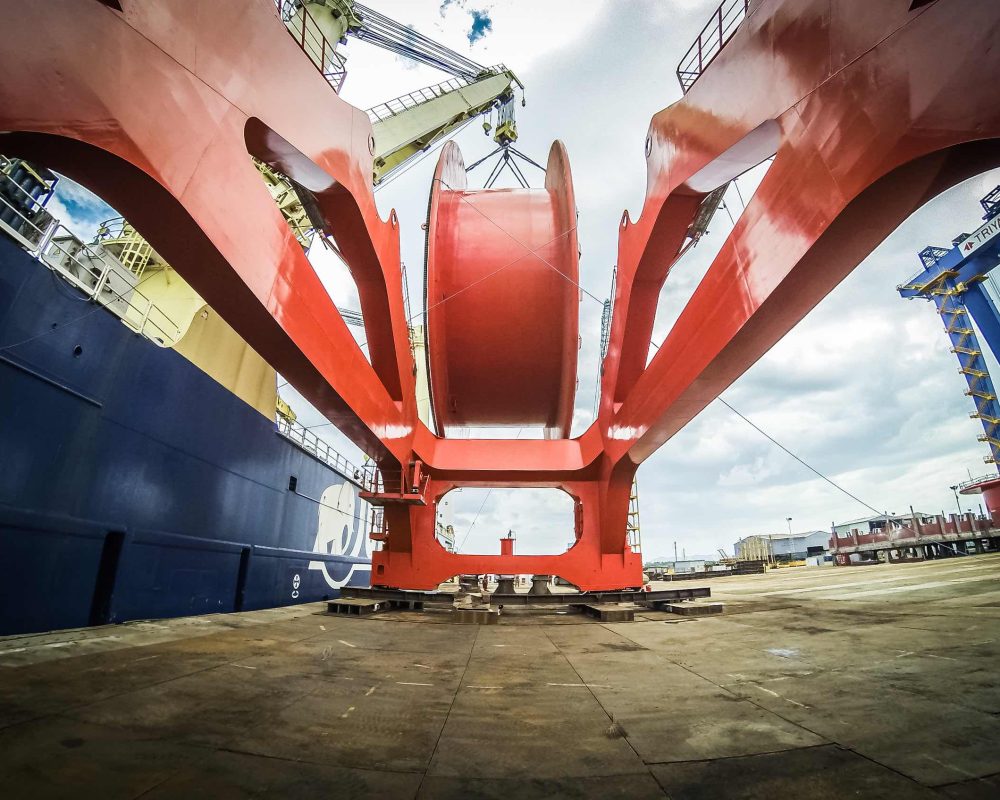 Both the cargo characteristics of the reels (832mt) as well as the local restrictions were taken into account.  Restrictions like a shallow draft, limited space for upending of the reels and a short quay called for custom engineering solutions. To ensure safe operations, each of the lifting operations were thoroughly checked.  Jumbo’s in-house 3d specialist created an animation for EMAS to demonstrate Jumbo’s engineering solution which involved a dual crane upending operation. All factors combined the Jumbo scope of work consisted out of the following steps:

In order to complete loading operations on the Jumbo Javelin, two spreader beams were specially designed and fabricated by Jumbo. The spreader beams allowed the Jumbo Javelin to load 4 reels with a single lift, where the original intake was limited to 2 reels only. The technical solution worked well and resulted in an efficient stowage. View the video for a detailed project overview.

During the early stages of the project it was clear that a specific set of assets was needed to meet the detailed requirements. From the tendering phase onwards Jumbo partnered with EMAS to create the most efficient and safe solution. Jumbo’s project manager Boudewijn van der Garden states:

“I’m proud of the transportation solutions that we realized.  It was great to work closely together with EMAS on technical challenges and realizing a maximum intake of HLV’s Jumbo Javelin and Jumbo Vision”.

Jumbo’s work relationship with EMAS started in July 2014. This long term project cooperation not only enabled transport from A to B but allowed Jumbo to think along with EMAS in designing a transport solution from A to Z. To realise this goal Jumbo took the entire project as well as the specific situation into account before the cargo was moved. Jumbo is grateful for the opportunity to work with EMAS again for the transportation of the last 2 reels in addition to the first 4 reels and skidding drive materials that are already in transport.  After the reels are spooled in Pascagoula they will be taken into production on the new EMAS pipe laying vessel the Lewek Constellation.

Lewek Constellation, the latest addition to the EMAS world-class fleet of pipelay and construction vessels, is designed to deliver complex projects in a safe, efficient and reliable manner in water depths exceeding 3,000 metres. For more information please consult www.emas.com. 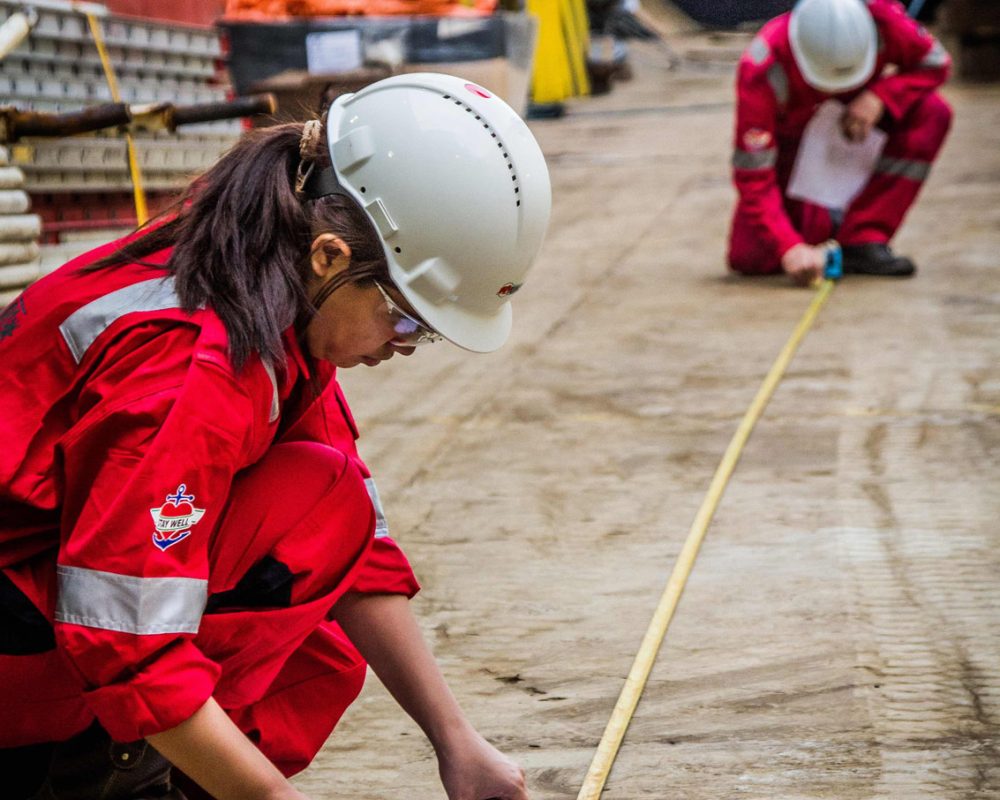 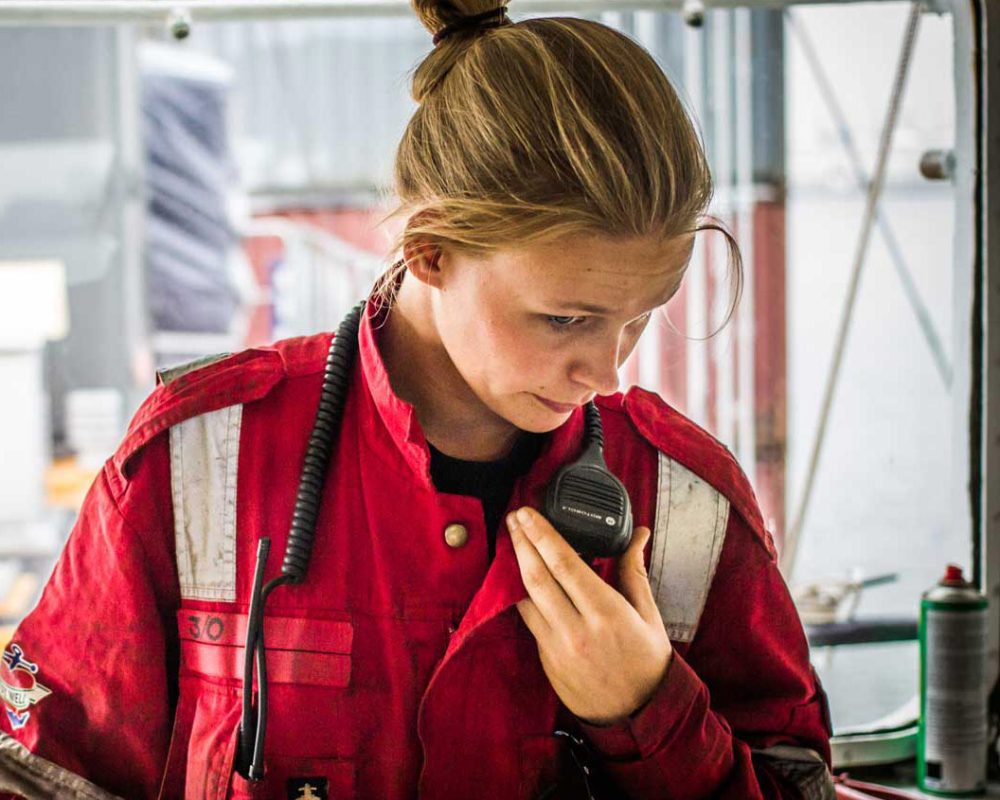 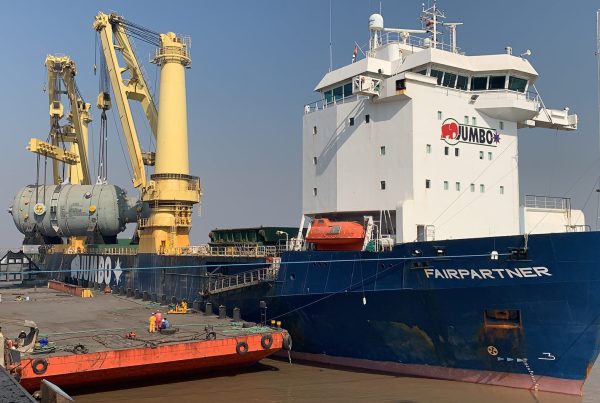 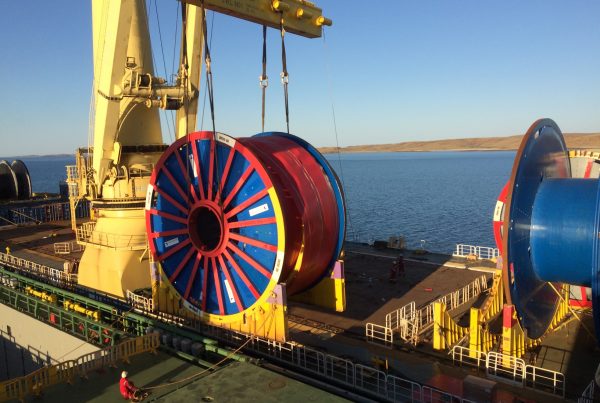